Connect with us on Social Media

Learn about our mobile app.

We're delighted to have won the Kitchen & Bathroom Showroom of the Year award at the 20th Anniversary Builders' Merchants Awards for Excellence for our kitchen & bathroom showroom at our Bordon branch.  The awards ceremony took place in London on 4 February 2022, and was presented by TV comedian and actor Tom Allen.  Our landscaping displays at our Bordon branch were voted among the top three in the country at the same awards.  This is the fourth time our Kitchen & Bathroom Showroom at Bordon has won this prestigious award! 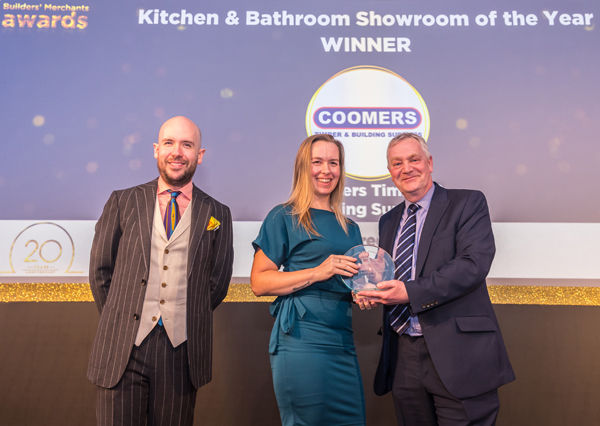 Above:  TV comedian Tom Allen looks on whilst Barry Clark from Lakes presents Louise Beaven from Coomers with the award
Below:  The lineup of winners at the awards ceremony, held at Park Plaza, Westminster 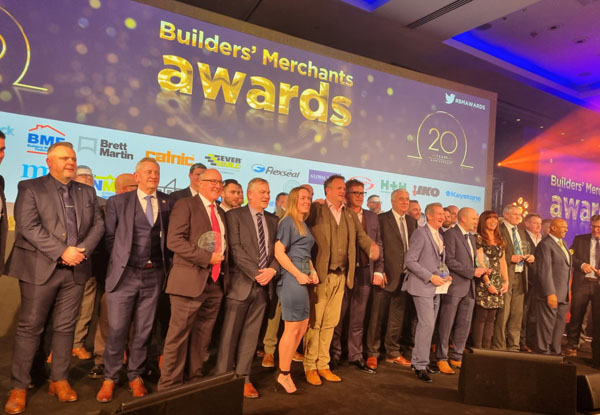 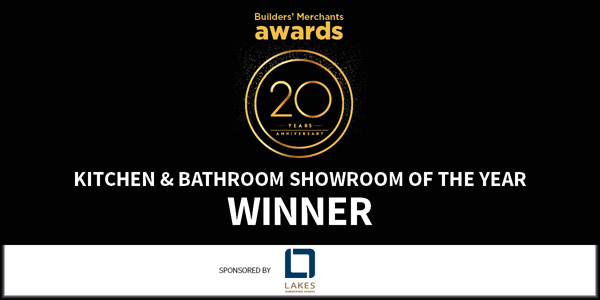 In 2019 our Bordon branch won the Hard Landscaping Display award at the Builders' Merchants Awards for Excellence, presented by Dame Kelly Holmes DBE at the London Hilton Park Lane.  Following the expansion of our Bordon branch, our outdoor landscaping displays were created, containing 15 individual gardens, showcasing a variety of products including paving, block paving, walling, composite decking, fencing, artificial grass, decorative stone, arches and sleepers - all complimented by professional planting.  Imagery of these displays even featured in Pavestone's brochure!  We’re thrilled that our efforts were rewarded by winning this national award at the Builders’ Merchants Awards for Excellence - the equivalent of the Oscars for the merchanting industry - and that once again the same displays were shortlisted for the BMJ Industry Awards and the Builders' Merchants Awards for Excellence in 2021! 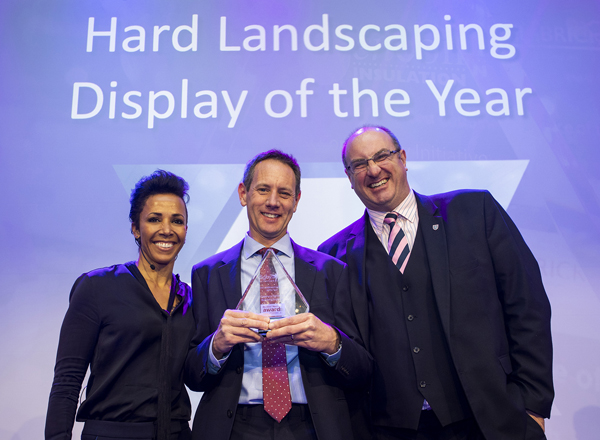 Dame Kelly Holmes presents Grev Coomer with the Hard Landscaping Display of the Year award in 2019, sponsored by Digby Stone

Over the years we've been delighted to have won several industry Awards, as detailed below.

These national Awards - hosted by Builders' Merchants News and sponsored by some of the industry's leading manufacturers - are open to all merchants, big and small, and celebrate some of the most innovative and successful merchant businesses in operation.

Organised by the publishers of Builders Merchants Journal (BMJ), these national Awards - first launched in 2018 - shine a spotlight on the building industry's most outstanding people, merchants and brands.

● Independent Merchant of the Year
Finalists 2018

Find out more about the Awards via these links:
- Builders' Merchants Awards for Excellence

What Our Customers Say...

“I have shopped in all building shops round the South East and yes I have met some friendly staff elsewhere too, but nothing like Coomers in Bordon. Absolutely brilliant staff - 10/10. If your company needs training on customer service, send them there for induction. WELL DONE!!”

“I've been a customer for over 20 years and I find the staff friendly and efficient. Competitive prices and well.” stocked. Great customer service.”

“Our grateful thanks for our new kitchen - we really are fortunate to have such professionals on our doorstep and would always advocate using 'local' where possible."

“Your staff were very helpful, gave good advice and put other places we had visited to shame!”

“I have been using these guys for about 6 or 7 years and they are excellent. They always get my order right, deliver when I want and always remember my name when I go into the shop! Top marks!”

“Many, many thanks to your lovely staff. The chap who dropped off the goods was so helpful and kind.”

"I want to congratulate you on the excellent service your team provides. Nothing seems to be too much trouble. In short it is an enjoyable experience trading with your team, congratulations again and many thanks."

“Exceptionally friendly & helpful business, good stock levels, sound advice. Willing to go out of their way to help. Staff get on very well together. So much better than its rivals.”

“My sincere thanks for the help given by your staff. Without exception I was treated with the utmost courtesy & consideration. It was a real pleasure to ‘shop’ at Coomers.”

Our branches at Alton, Bordon and Haslemere collectively offer a complete range of building products.

Be inspired by our specialist product displays

Find out about our recent business awards

All our recent sponsorship and charity news